Starbucks is famous for their Pike’s Place Market brew, the standard for any cup of medium roast coffee you buy at the international chain.

But like most things in this world, there is an origin for that memorable name.

Pike’s Place Market is located in the heart of Seattle and is both historic and functional, a recommended tourist destination, and mine on this fine morning.

It is a good morning, an unremarkable one for for waking up in a new city. I sleep in a little bit, then head downstairs and chat with the Air BnB hosts before heading downtown.

They’re Polish, and retired. I get the feeling that they Air BnB to keep busy, to meet interesting people, and not for the money. Perhaps they like the company. We talk for a bit, about travel, about work, about life. He met her because he was her mechanic. They’re very genial, and give us good advice on visiting the city.

I drive to Seattle with my friend after. One blessing – we missed the traffic because we slept in.

Seattle is an iconic piece of American culture and history. Nearly the most northwestern city in that corner of the contiguous 48 states it is one of the few largely untouched by the internecene violence that has plagued the history of our diverse country. It is the original home of Microsoft, Starbucks, and 90’s Grunge, a haven for intellectuals and free thinkers and innovators.

It is the largest city by far in the Pacific Northwest, originally getting a start as a port and lumber town. A small part of West Seattle, near Alki Beach, was coincidentally founded as New York Alki, roughly translated as, “New York Someday.” Today, the Seattle Metro Area counts a population of 3.7 million, good for 15th in the U.S.

Pike’s Place Market, a.k.a, Public Market Square, is located on a street of the same name. It has stood since the early 1900’s and is a significant landmark in a city renowned for egalitarian vibes. The market arose out of a public outcry over the price gouging of, out of all things, onions. It was a farmer’s market, and this hasn’t changed.

However, in a hundred years, much has. We wander through shops and stalls, window shopping – tourist trinkets and t-shirts stand next to free fish, seafood, and produce. Conspicuouly absent are shops and stalls for electronics, cell phones, other items you would see in a common market – here, there is art, hand-crafted jewelry, hand-woven blankets and rugs, hand-carved driftwood. This is a market supplied not by machined goods but the novelty of something we are slowly losing, supplied not by mass production of a specific item but created instead by the human touch.

The prices are modest, and people are dressed conservatively. There is none of the flash, pomp, decadence of a city like New York or Los Angeles. Patagonia and North Face and Columbia abound, the same style and cut of clothing with little indicating the owner’s socioeconomic status.

For an inner city, I sense little of the blatant hostility towards others common to crowded urban environs, where different classes and cultures live in densely-packed spaces, competing fervishly to survive. Perhaps it is the clean air, the good economy, the seeming bevy of opportunities for tradesman, artist, and intellectual alike.

Perhaps, instead, we are all tourists, here in Seattle, or in Pike’s Place Market. Perhaps it is something else entirely.

The crowd flows and ebbs like an organism with a mind of its own, moving orderly and smoothly, and of this I am one small part. At no time do I feel crowded, though surrounded by a crowd. The smell of salt and water fills my nostrils, while the scent of nearby food wafts into my nostrils.

Nearby is the gum wall, another piece of pop culture history. Another piece of American counterculture, a rebellion against the norm. An artistic contribution by the community and by tourists in which all may take part. 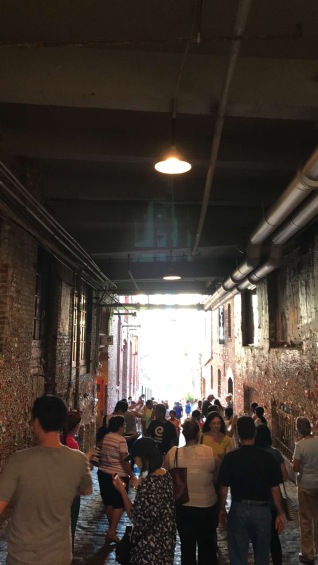 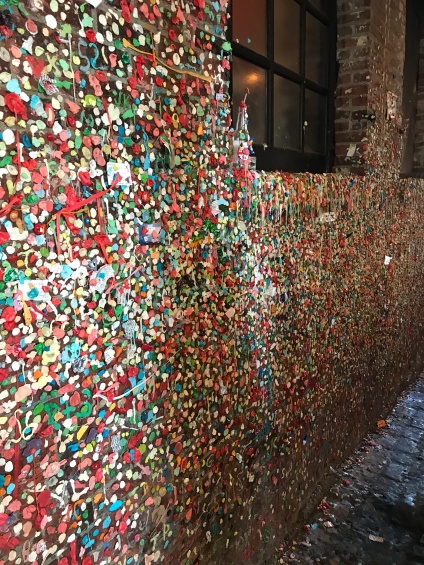 It’s a lazy day. We sightsee. We people watch. We drop into a Starbucks and I order a plain coffee, a Pike’s Place roast, the kind served at every Starbucks around the world.

We drop by Pike Brewing Company and I order a sour beer, then head to Elliot’s Oyster house for happy hour and $1.50 fresh oysters. 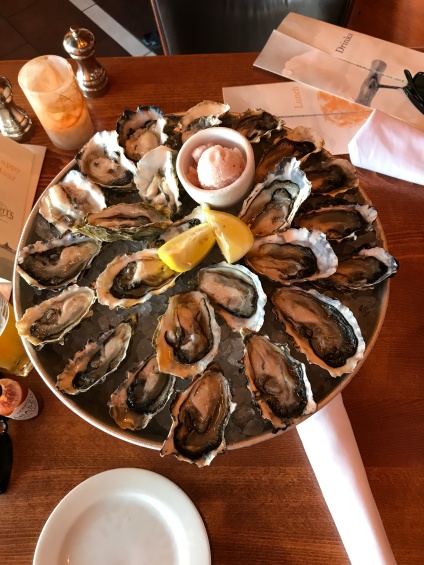 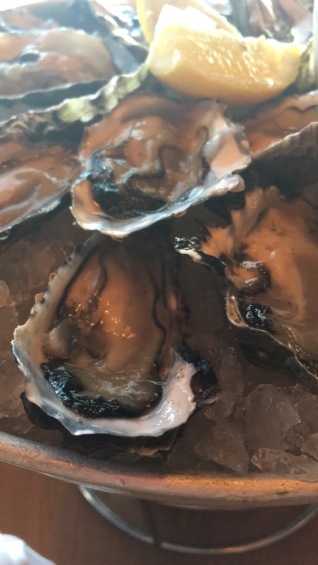 It’s late afternoon by then, and we have our list. I’ve seen enough of the market so far, and I’ve snacked on some of the better food that it had to offer.

Next stop, the Chihuhly Exhibit.

About The Colorado Soul

The Colorado Soul was created in Autumn of 2017 as a resource for individuals to better access and enjoy the unique blend of urban and outdoor living that Colorado has to offer.