We drove further West, crossing bridge after bridge and leaving the urban landscape of Seattle for long highways bordered by massive conifers, the road winding through and deeper into the wilderness of the Pacific Northwest. 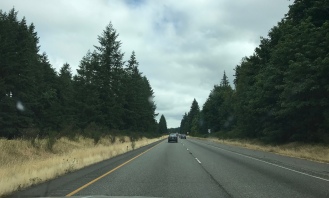 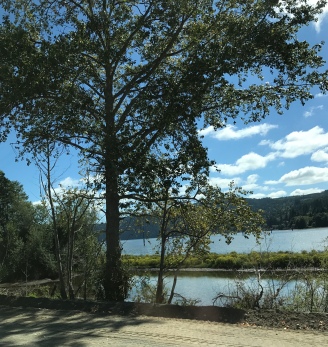 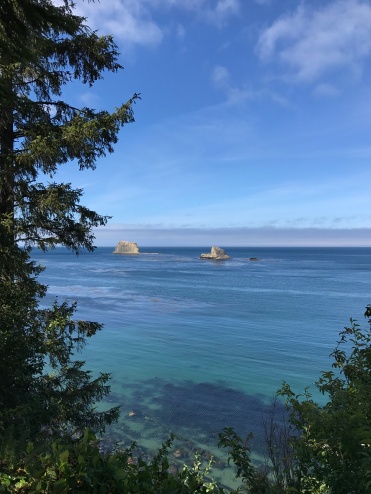 The road winds along the coast, dipping in and out of foliage, and the smell of salt and the ocean stimulates the senses. It’s an old scent, and a primal one.

Long before I ever drove this highway, walked this land, men and women and children lived here. Long before I lived, my ancestors may have lived along the ocean.

Every city you pass through is slightly smaller the closer you drive to Shi Shi Beach. They soon become towns, then perhaps hamlets.

Having left Seattle for the wilderness, I wasn’t interested much in the distinction.

The cities were named Port This and Port That, after someone or something long forgotten. It took four hours, but we made it to the trailhead we wanted, the trailhead for Shi Shi Beach.

Shi Shi Beach is part of Olympic National Park and opens to the Pacific Ocean. The oddity of it is that to get to the trailhead, you have to run a gamut of obstacles – the first is getting a camping permit (if you happen to be camping), the second being a permit from the Native American tribe whose land you must pass through, and park on, to get to said trailhead.

The last is the actual travel there – and it isn’t as much of an obstacle as an opportunity.

It’s two miles from the trailhead to the beach, and the hike was unlike any I have undertaken.

Large, thick trees rose skyward, and ferns and bushes abound – I thought to myself that this may be the first time I’ve been in a what could be termed a jungle, although perhaps some would disagree.

Another bridge, this one made of wood and stone, named cleverly the Cantilever Bridge, after its design and construction.

This trail, like the road, wound through the trees along the coast, and I was treated to some tantalizing views. I could hear the crash of the surf, smell the salt in the air.

There is a sharp decline at the end – a switchback descent of maybe two hundred feet, made safer by ropes tied to the trunks and roots of nearby trees – but I trusted my feet and made it safely to the beach.

I was treated to a sight that was more than worth the effort. I’ve been to beaches in my life – many, East and West coast, in the Gulf, and even on the other side of the Pacific. They all stood out in their own particular way – manicured and pretty, bordered by boardwalks and sheik stores and shops – Shi Shi had none of that.

Before the descent, you are treated to gorgeous views of the Pacific Ocean. 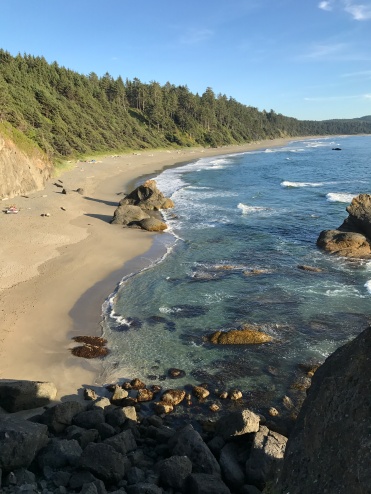 From a rocky promontory to the right (and north) side of Shi Shi Beach. You can see ocean tide pools, still submerged in the late afternoon.

A wider view. This is taken from the far right side of the beach.

As deserted and wild as the beach is, it is well-traveled. 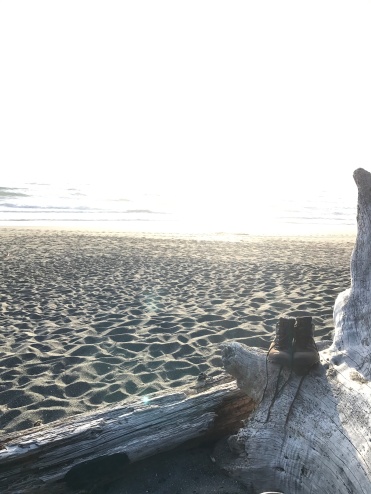 Driftwood abounds – you aren’t allowed to collect firewood from the nearby forest.

What stood out was the wildness of it. Miles from civilization, but only mere miles. It was a beach, sand and trees and crashing waves, cradled by nearby cliffs and laden with driftwood.

It didn’t take long to find a campsite, on a small dune well past high tide. Small fire pits were the one trace of previous habitation.

My traveling companion and I set camp, relaxing in the shade of our tent and watching the sun move lower and lower in the horizon, resting our feet before exploring the shore and dipping our feet in the Pacific.

And the day passed, and the sun set, and the night fell.

About The Colorado Soul

The Colorado Soul was created in Autumn of 2017 as a resource for individuals to better access and enjoy the unique blend of urban and outdoor living that Colorado has to offer.